At the elementary school site, near the Niyodo River.

After meeting in Kochi City, the children boarded a the bus and traveled to the school,

which will be the site of the new “Tosa Jiyu” School.

Most of the students had previously participated so after arrival everyone moved with a purpose playing, exploring or preparing food.

Within the school grounds there were plenty of opportunities to “make” and play!

Others were more interested in playing team games: doge-ball was popular.

Another group formed and went up the mountain side behind the school. They returned 30 minutes later proudly carrying a huge bamboo shoot they had found and cut down.

Surprisingly, despite it’s size, it proved quite tasty!

Some children had voted to have curry others had opted for bee-hoon.

The natural result was: curry bee-hoon! 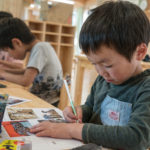 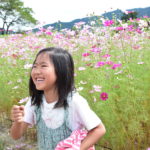 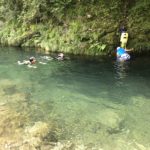 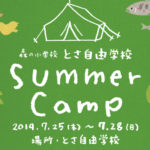